Translated by a contributor for Tjen Folket Media.

Article wirtten by an Activist.

On Facebook there is a tendency among certain circles that usually views themselves as progressives in relations to topics such as anti-imperialism, their wish for a just society, their positions on attacks against poor people and so on. I have also met this type of argumentation at work in construction sites and other places, where it is obvious that it is not about the own interest of the person arguing this being in contradiction with acknowledging the climate crisis.

The position is a type of “left”-opposition against man made climate change. On the surface it presents itself as anti-capitalist, with a similar jargon. Where the writer looks like they are presenting typical anti-capitalist arguments to support their conviction, and where it all is a conspiracy to earn money on a false climate crisis. The main point being that the rich earns on the climate crisis, that they benefit with such a lie so they can earn money and impose taxes on the people. In their posts it is often linked to websites such as Klimaskeptikerne (The Climate Skeptics), and your typical viral images that is supposed to disprove that climate change is real and/or man made.

A possible reason to why this has an appeal is obvious from the arguments that is put forth. The followers exposes the fake play around the climate crisis, and see that profit is in the driverseat. There is talk about a climate crisis with enormous consequences, but the politician does nothing. Emissions is actually getting higher, and the politicians take private jets to beautiful conferences where they present empty promises and empty solutions paid with staggering amounts of money. The solutions they actually propose are either worthless or limited, and they are mostly symbolic solutions that often makes people’s life harder. Many workers I have talked to has expressed skepticism to climate changes, because they see that the emissions they are responsible for are smaller than that of the big politicians and that they are not cut where it actually has an effect. The solutiones makes the life harder for people, for example to drive kids to the kindergarten, to do their jobs properly or get the time or have aford past time activities for themselves and their families. They don’t take the considerations of someone that lives in the countryside because they can’t afford to live in the city. That they don’t have the possibility to bring large tools with them on the bus or long rides that are outside of the most traffic heavy areas. That concerns like this are swept away with moralism, superiority and better knowing. To have moral purity is much easier for those who can buy it, they don’t need to drive the same old car but can afford to buy an expensive and good electric car. That this moral purity is only symbolic, just another finger pointing from them with with wealth. That someone earns good on the taxes, like it has been exposed in toll road–  or wind power companies. They see that the solutions will worsen their quality of life by an considerable amount, even if emission cuts could have been solved in a practical way – the problem is that profit is in the way.

One don’t need to be especially vigilant to see that the profit is in the driverseat and that it is the workers and poor people that is taking the toll for these false solutions, just as it is talked about in the worker barracks and other gathering points for the exploited classes across the country. It is correct to see that the rich capitalists and politicians lives in luxury and laughs loudly from their expensive Tesla, whilst their fingers is pointed towards those who have to and only has afford to drive the same old car. For the bourgeoisie it is out of the question to come with a solution for the climate crisis that weakens their income and power, and it is not only purely subjective but also because the capitalist system demands constant increasing profits to not collapse. Increased profit means increased production, which means more emissions. Increased profits means lower production costs and that is in contradiction with climate cuts.

It is correct to be skeptic to this, but the “red” climate skeptics commits several classic mistakes. Proletarians and anti-capitalists are served with scientific approach to political questions, and the science is very clear that climate change is man made. These climate skeptics throws all scientific understanding overboard and puts their trust in small pseudo-scientific circles, because there is much foul play among capitalists and politicians. They know that politicians, media and institutions lie. But not everything can just as easy be called a lie – climate crisis is a scientific fact, and the unified scientific community is not involved in a giant conspiracy around this. At the same time they avoid to see the different interests in the picture, and in this context that the communities they put their trust in has often been exposed to be sponsored by capitalists and politicians that profits on our disbelief in the climate crisis. Because there exists capitalists that earns large profits on taxes and products that are supposedly gonna save the climate, but you also have capitalists whose large incomes are threatened by real climate cuts and that people are rising up for climate demands. It is not a fault to see that there is some that earns large profits on the climate changes, but it is a fault to not see that capitalists and politicians most often have contradicting interests. And it is a fault to put your trust to the bourgeoise voices that we see on TV or read about in the paper, it must represent a correct line in line with the interests of the proletariat.

Another typical fault is that one accepts that the bourgeoisie with their capitalists, politicians and organisations sets the agenda and that they actually mean what they say. That one must either deny the climate crisis or accept that taxes and cuts are pushed down on people. They fail to see the revolutionary potential that is pointed out by the climate crisis, namely that capitalism can’t solve the climate crisis. That there is contradiction between capitalism on the one hand and to solve the climate crisis on the other hand. That the politicians lack for action does not imply a big hoax, but that politicians are not capable to make anything happen without setting their own wealth and even capitalism in danger of crisis. That their solutions are without effect because they are paralyzed in the question of their own interests, the systems interests and capitalism necessity to constantly increase profits.

To be clear the people I argue against in this text is not necessarily people who views themselves as red. But this line of argumentation has often a clear proletarian origin, even though I mean it is wrong in the end. Social democrats has with their pointing fingers and their belief that capitalism can be controlled by “value choices” shown their clear role in this, and shove people over to the lap of other factions of the bourgeoisie –  like as an example Bompengepartiet (People’s Action No to More Road Tolls), FrP (The Progress Party) and others that are pointing at the double moral of the politicians. But again – these also represent the bourgeoisie just as much, they are just another faction, and they don’t in anyway stand any closer or further from the interests of the proletariat than the typical red clothed social democrats. It is the same bourgeoisie with different suit colours that all attempts to save the system and their position in this system, in a climate crisis that is a very potential crisis for capitalism.

For communists it is clear that capitalism stands in the way for a solution for the climate crisis, and that the real solution is a socialist revolution. This also involves taking the power from climate hypocrites among the politicians and bourgeoisie. This is also the solution for the other challenges on our earth, like poverty and oppression. 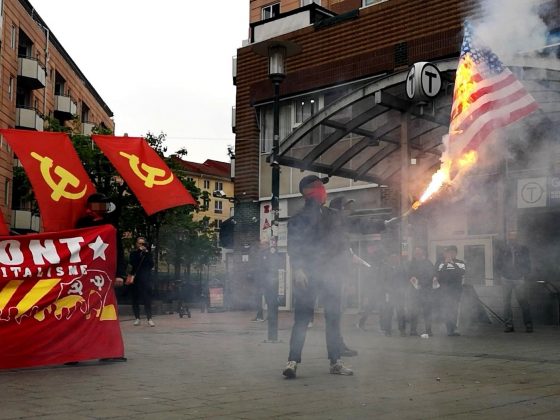 No, the Earth is not Doomed – the Future is Bright! 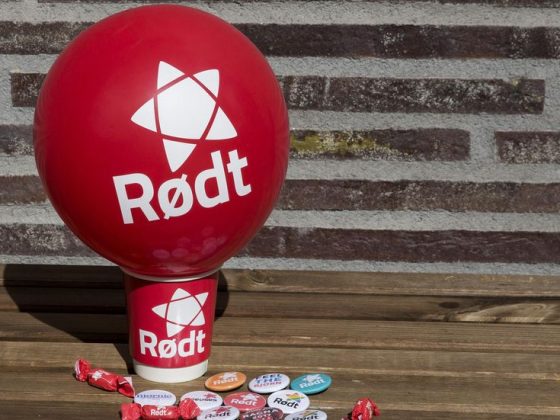