After several years of civil war, South Sudan became independent and is today the world’s youngest state. In the Darfur province, which also lies in the south of the country, there has been war for quite some time and it is a regime-friendly paramilitary from Darfur that is behind the latest massacre in Sudan’s capital of Khartoum that took more than 100 lives. 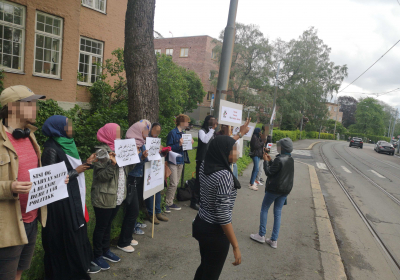 Demonstration in Support for the Masses in Sudan

The military has deposed the old despot and established a military junta in the country, but the masses’ protests continue. The leader for the uprising describes the political changes as merely internal rearrangements within the regime. They demand real changes.